You are here: Home / Lifestyle / Unveiling Myths about Obesity

Whenever you hear the myths about obesity, you inevitably get stressed out. What is the aftereffect? We react in disgust, embarrassment and sometimes, in shame. Same is the case when someone is told how “thin” they are. It entails the same reaction as well.

So much out-of-the-world hype has been made about obesity that people are literally confused about what is factual and what is a myth, what to believe and what not to believe.

Do you really think that whatever we get to hear about these so-called fearful words, they are all accurate? Are these states of body worst to live with?

NO… of course not.

Always believe in the saying, “Better late than never”—but do not make it “too late”!

There are 5 major myths about obesity (that have already caused damages to many obese people mentally), followed by numerous others that could be ruled out as “unnecessary twists and turns” of facts, and nothing else. Below mentioned are all those myths about obesity that you should know. 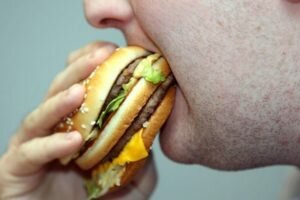 #1 You Are Obese Because You Have Eating Disorders

Is it implying that people with no eating disorders are thin? What an absurd myth! An eating disorder can happen to anybody due to liver malfunctioning and many other health reasons.

If obesity is just related to eating disorders, then think that why do various studies suggest that people, who follow some so-called diets, gain back whatever weight they lose at one time or the other? If you really have an eating disorder, do you think it is really going to make you obese?

#2 You Are Obese, So You Have To Face Health Risks

Does this mean that people who are not obese do not face any health risk? Who has said so? Health risks can be for a number of reasons, and obesity can be one of the minor reasons behind the dangers.

This myth misguides a person into thinking that if a person is obese or can become obese, then they must/ have to face health risks. Isn’t this something weird?

Some obese people face no health risks except for maybe a headache or little stomach upset. Even though being obese surely increases the chances of suffering from health risks, but that does not mean that you will undoubtedly catch any such disease.

#3 You Are Obese, So You Need To Skip Meals To Lose Fat

This is indeed amazing! When have skipping meals helped in losing fat? It always works vice versa—skipping meals on a regular basis for a long period helps in gaining fat. When the body is not getting enough nutrients from the food, then the body will begin to survive on the existing body mass. In that case, your body will begin to consume your lean muscles resulting in gaining more fat and fewer muscles.

There are some people who believe that obese will people will die due to their weight. Not only do they believe in such myths about obesity, but also scare obese people as well.

Rising weight is a problem for any obese or overweight for that matter (and it can be reduced over time), but it does not mean that an obese has to die only of their weight!

This myth sounds like an obese person could die ONLY because of their weight, and there could be no other reason for their death.

This is one of the biggest myths that people spread. If you already think you are unattractive or not beautiful, think again. This is another godforsaken myth about obesity that brings a damaging setback in the life of an obese.

Attraction or beauty has nothing to do with someone being obese, or overweight. In fact, there are many obese people who are more attractive than skinny people—so as to say, their thighs are not like their forearms, their faces are not gaunt, and their ribs do not protrude.

A chubby face is hundred times better than a bony face or rather a face that would remind us of a skeleton!

STOP believing in these myths about obesity if you have not done so till now. These are baseless and exist because of the brainchild of people who had nothing else to do than to put an obese person to shame. If you found any person believing in such myths, you must help them in facing the truth.

Article Name
Unveiling Myths about Obesity
Description
Obesity is more common than we know. Most of the obese people are scared because of the myths about obesity that are told to them. This article will bust all such misconceptions and uncover the truth.
Author
Juliette Rogers

Delaying Periods Naturally and Medically - Everything You Need to Know
Understanding Fat Content in the Human Body
How Personal Trainers Have Become The Special Forces In The Fight Against Obesity?
Post Views: 174